Last year I approached the owner of a local brewery about doing a portrait session with him at their location.

Unfortunately we were never able to connect on setting the shoot up at the time. It actually turned out to be a blessing in disguise as I was just starting out with portrait work, their location was rather cramped and I wouldn’t be able to effectively capture the look I was going for.

As time went on, BadWolf Brewery opened a second (and larger) location and I was able to spend the last year fine-tuning my ability to actually take a decent portrait of someone. 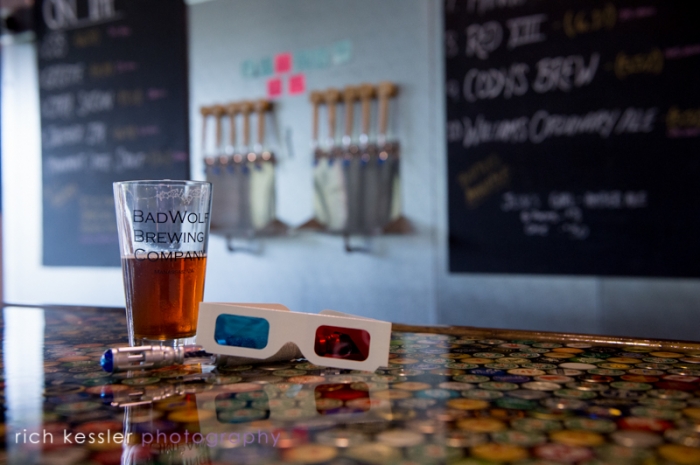 Over the summer I started talks again with the owner’s wife about setting up a session with him in the new space and, a few weeks ago, I finally found myself at BadWolf’s new space to shoot with Jeremy.

I had two specific shots I wanted to get done that morning and a short period of time as this is a working brewery and the beer has got to be made! My first shot involved Jeremy between two of the vats in your classic ‘hero pose.’

The second was just for fun, for me really, involving the bar, a glass of beer, some 3D glasses and the 10th Doctor’s sonic screwdriver.  Because even the Doctor needs somewhere to go after a bad day, right? 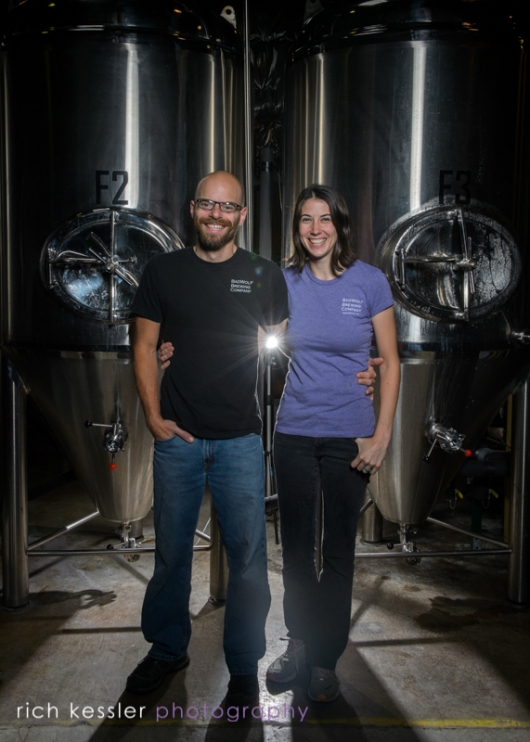 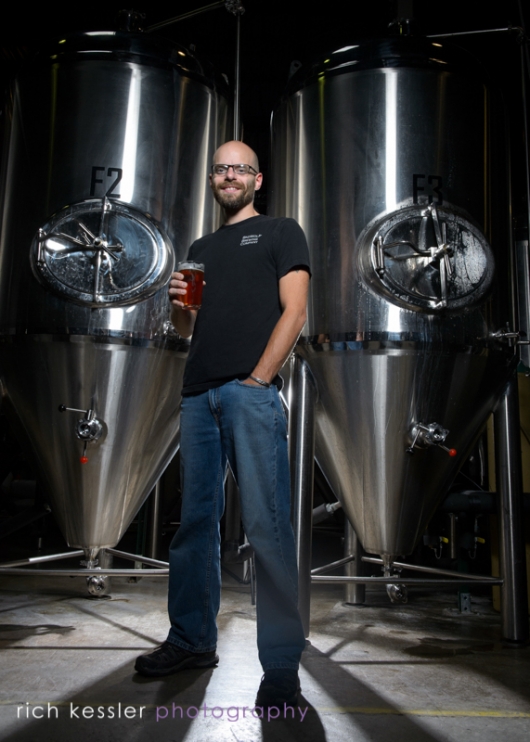 For the shoot I used my JTL beauty dish as my main light on Jeremy and the vats with one of my smaller strobes behind him to brighten the scene a little more.  Of course, the whole thing was shot tethered to my ASUS laptop with a Tether Tools USB cable.