I recently went down to Look Lounge to do a quick photoshoot with the owner, who happens to be an old neighborhood friend of my brother’s, Michael Kosmides.

I found out while shooting the Pierrce Garcon White Party for Hollywood on the Potomac, that Mike owned the club.

Unfortunately, I didn’t get to spend a whole lot of time catching up with him, but as I walked around the club before the party I fell in love instantly with the booth area they had in the VIP lounge. I took a few quick shots, nothing formal, and promised myself that I would go back down there one day and do a proper portrait with Mike at those booths. 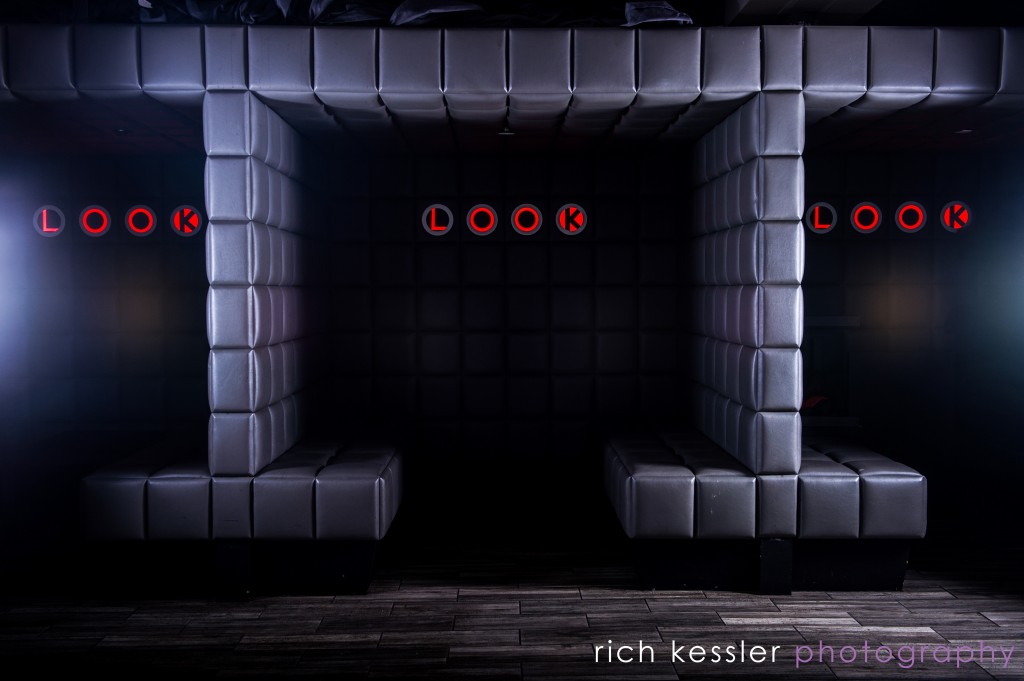 Fast forward seven months later and we finally had a date set for the shoot.  Unfortunately Mike had a limited amount of time that day, so after setting up my lights and doing a few test shots we were good to go.   I took approximately four frames before we were done.  As is usually the case the first shot was the winner, and so far my favorite portrait to date. 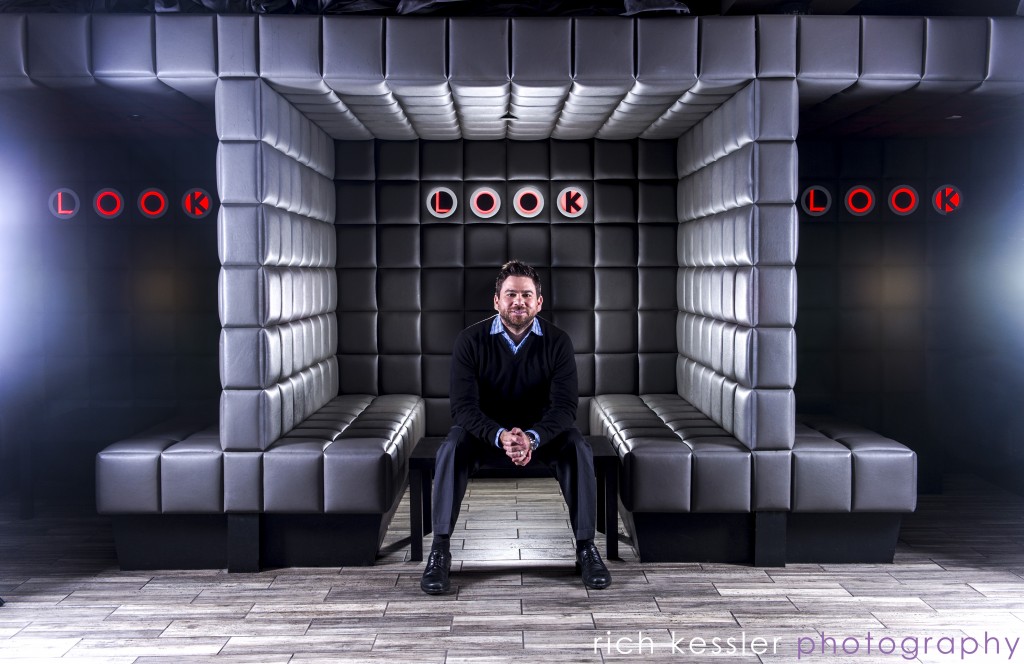 And a quick little behind the scenes shot showing you our set up for the day.  I had two JTL lights with 20×28 soft boxes pointed at subject on either said of him and one bare light behind him to get some glow around Mike and brighten up that booth.  I couldn’t be any happier with the way the photo turned out and the response has been overwhelming.  Of course the most important reaction was from Mike and his wife when I showed them the image on camera. 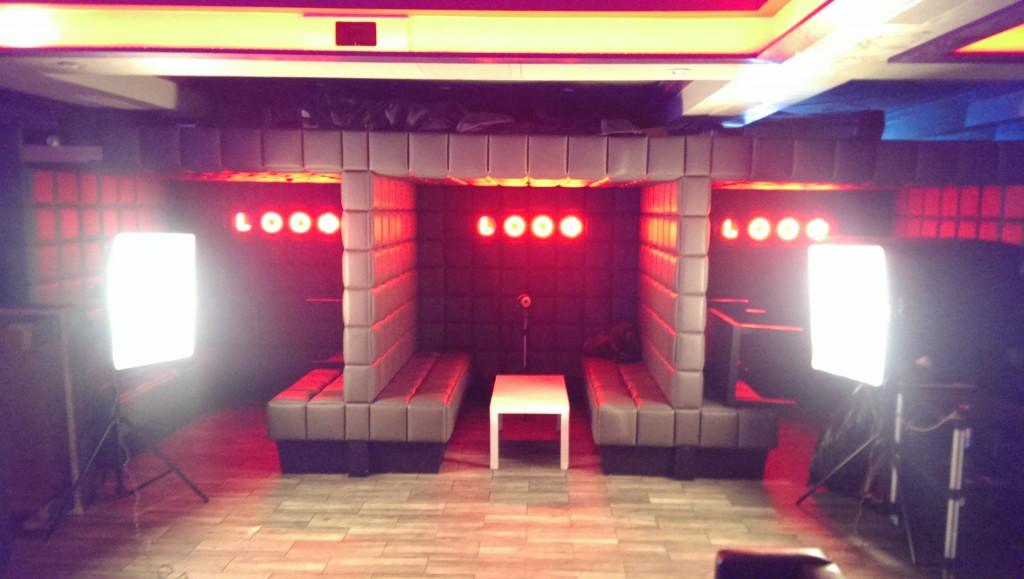