Last month, a fellow photographer put a call out for some help covering a promotion ceremony that he was unable to do.  I was lucky enough to be around when the post came on Facebook and, after a quick back and forth, arrangements were made for me to head down to the Air Force Memorial for Lt. Col Wallace’s ceremony.

On a gorgeous, if only slightly windy, Friday afternoon in November we all gathered in the center of the memorial for the ceremony.

After a wonderful introduction from General Been, it was time for Lt. Col. Wallace to receive his new pins from his wife and parents.  With the pin-on ceremony complete, and Lt. Col. Wallace having thanked everyone for coming all those in attendance were ready to sing along with the Air Force Song.

Unfortunately, there were issues with the music but that didn’t seem to be a problem as the entire crowd sang a cappella.  That was truly an awesome sight to witness.  It was an honor to be part of such a special event.  The Wallace family could not have been more amazing, and I am extremely thankful that they allowed me to come down and shoot for them. 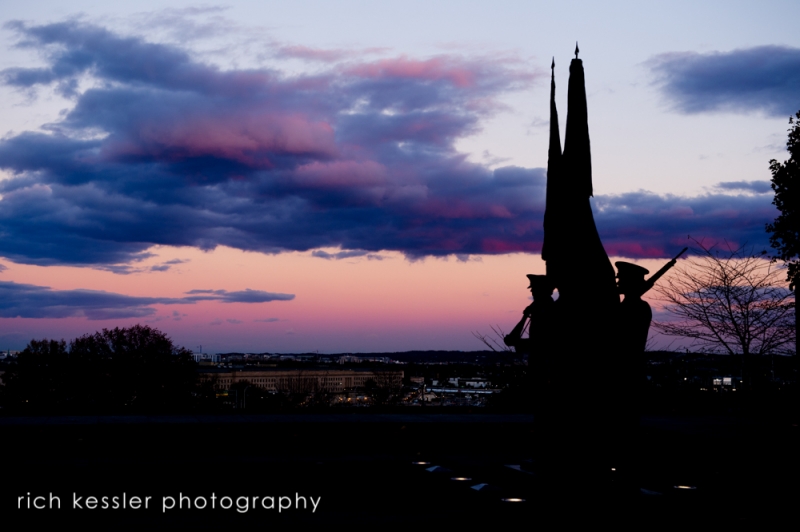 For some reason, after all this time I had never actually gone to visit the memorial instead I would admire it from 395 as I headed in to DC for a Nats game.  You can’t appreciate the sheer size and beauty of this piece until you’re sitting in the middle of the circle staring up into the sky at the tips of the memorial. 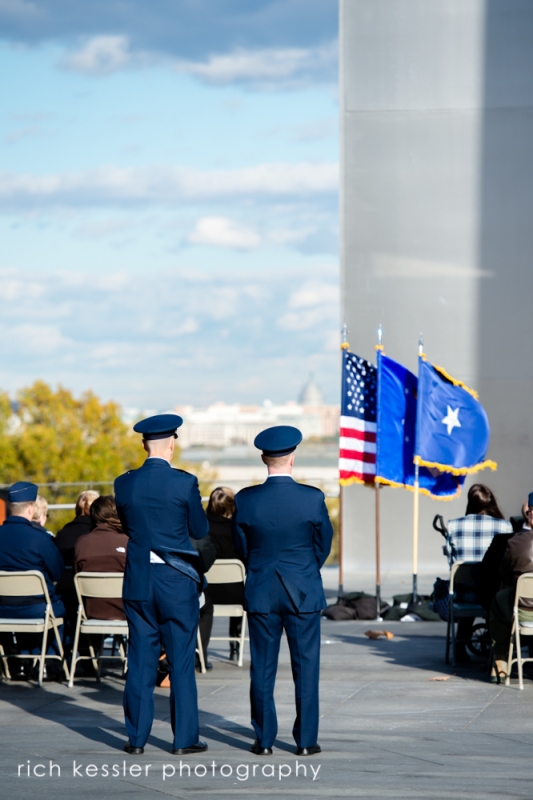 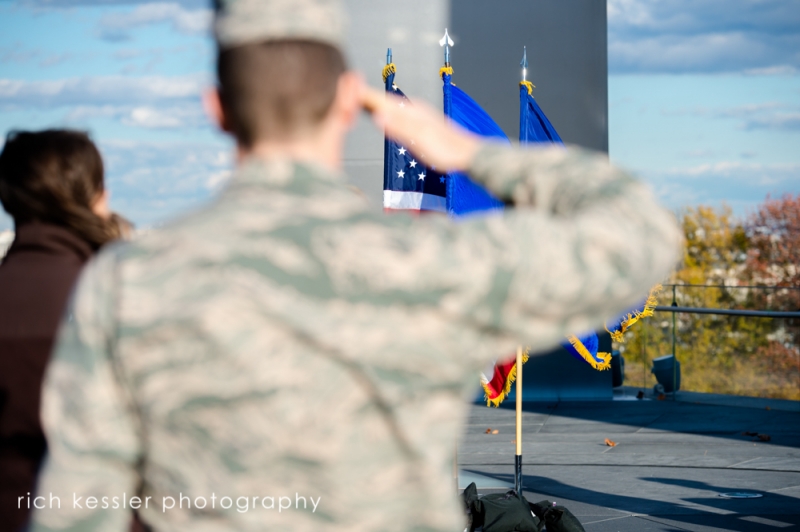