Tuesday night, the 14th, ranked the University of Maryland Terrapins took on the 5th ranked University of Wisconsin Badgers in Maryland’s biggest game of the season since joining the Big 10. The Badgers entered the game with a chance to clinch a share of the Big 10 title with a victory.

Friday afternoon, I was contacted by a friend and fellow photographer about shooting the game for Wisconsin.  He was unavailable that day and, as I had been trying to break in to college basketball, I jumped at the chance to shoot.  After working things out with the communications director for Wisconsin I headed up 95 for the game.

Unfortunately, with this being such an important game, traffic getting to the area was beyond what I had expected.  Two hours after leaving for the game I had my credentials in hand and made it inside the Xfinity Center with a few moments to spare before tip-off.

I was seated on the far end of the court, across from the Wisconsin bench, which was perfect as I knew at some point in the game Coach Ryan would get fired up and give me some great shots. True to form, towards the end of the game a call went Maryland’s way and after spending much of the game fairly reserved he broke out and become as animated as I’ve ever seen a coach.

I was also fortunate enough to be a few feet away from former Maryland Coach, Gary Williams, who came out to enjoy the game. 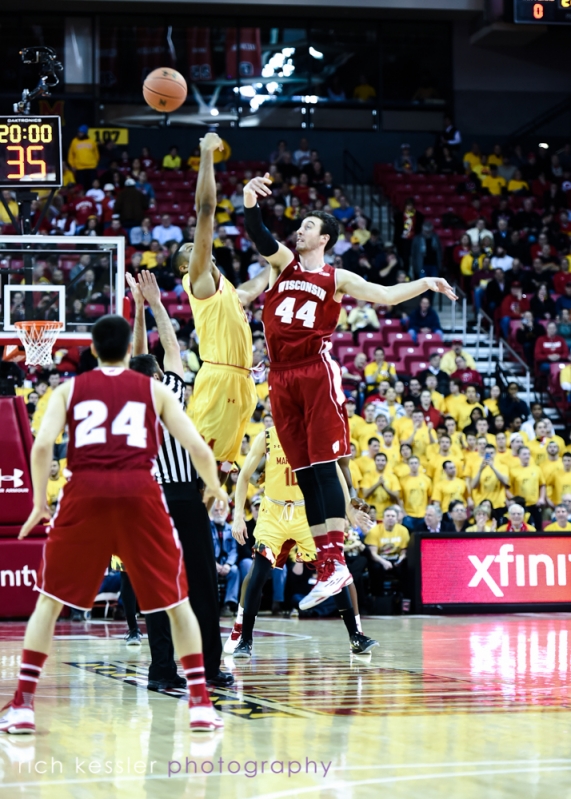 Having shot tennis matches the past four years gave me a pretty good head start on things, but nothing prepared me for just how intense and fast these games were.  The first half flew by before I really had time to settle in on things.  After a quick card dump and firing off a handful of images to the Wisconsin website staff I headed out.  I had a much better go of things in the second half, partly because Wisconsin’s basket was now at my end of the court, which meant I would get better photos for them, but also because I took what I learned shooting indoor for the Kastles last summer and applied it here.  I was able to put the D4s ISO up to 3200 (sometimes 6400), keep my shutter at 1/250 and moved my f stop from 2.8 to 4.5.  Before I knew it the game was over, Wisconsin had fallen to the Terps and students rushed the floor (despite a plea from the announcers not to) and my night was over, but not before being crashed in to by one the Maryland players.  Thankfully I caught less of the collision than the poor cameraman to my left, but it felt like my orientation into college basketball was complete now.    Many thanks to Kevin Koski for putting me in a position to shoot the game, and to Wisconsin for having me out to cover this for them. 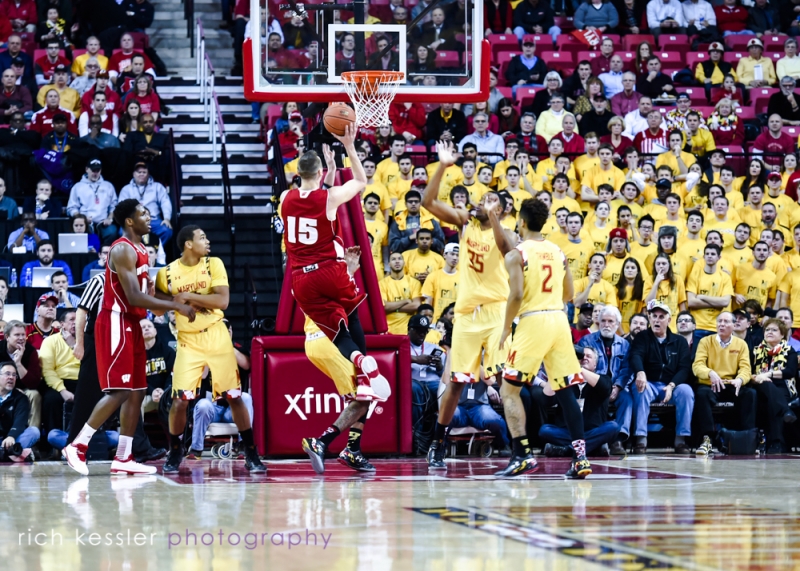 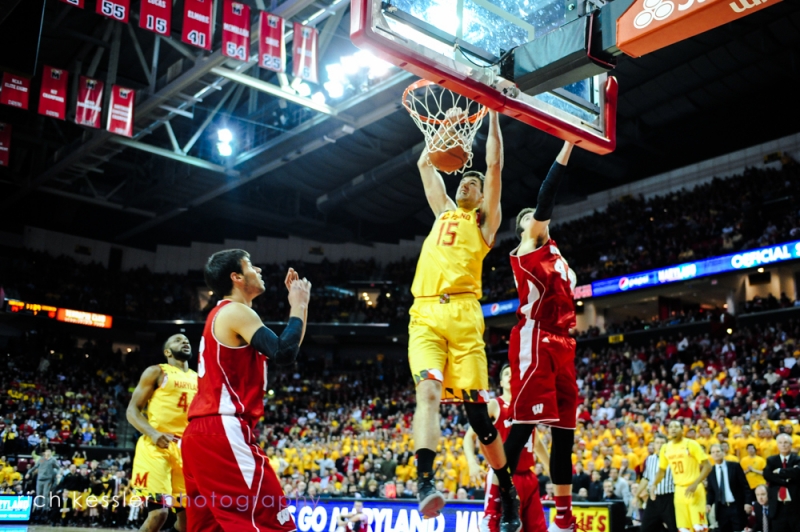