On Monday the Washington Kastles kicked off their 2013 season with yet another victory (33rd straight) to tie the ’71-’72 Lakers for the longest winning streak in pro sports.  More on that in another post, though.  Since I started shooting for the team in 2011 the one shot I’ve always wanted was a posed photo with Michelle Obama.  I have plenty of her in the stands, taking in the match and cheering them on to victory, but the Secret Service always kept us at bay (and those guys are INTIMIDATING!!!)  Once again FLOTUS came out to support the team and with the stars aligning properly I was given the task of capturing the Kastles, and NY Sportimes, with Mrs. Obama.  Without a doubt this was the most nerve wracking photo I’ve ever taken.

It was pretty amazing to be standing a few feet away from the First Lady as she chatted up with the players like they were all old friends.  At one point after taking a couple snaps Mrs. Obama hit me with the “How do I look?”  Like something straight out of a movie it felt like forever for my brain to connect with my mouth and respond.  Short of attending a White House visit with the team I’m not sure much else can top this moment.  Though riding with the team in 2011 to the finals is pretty high on the list. 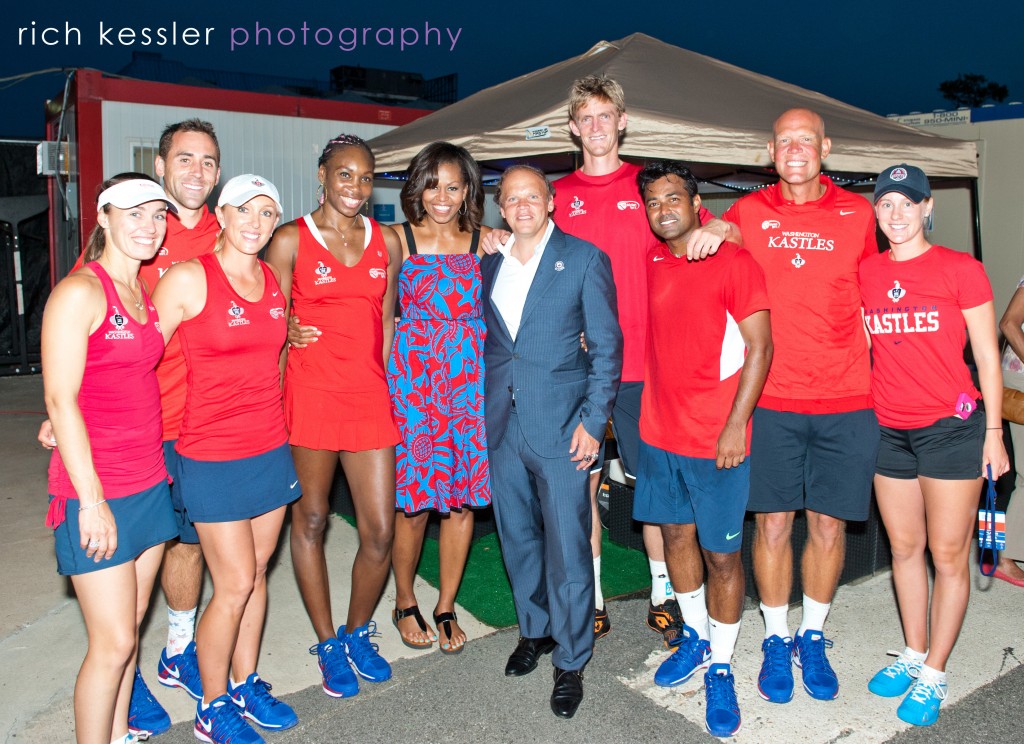